These two delicious teas are quite different, but equally delicious.


They both contain turmeric and ginger – and these two spices are anti-inflammatory superstars. They’re amazing.

Ginger isn’t too shabby either!

It’s anti-bacterial, prevents and relieves digestive issues and also being a strong anti-inflammatory it’s great for inflammation-based conditions like arthritis and supports the body’s fight against ovarian and colorectal cancer and supports the immune system too.

Together they are amazing! Thank you Mother Nature!

Let’s get into these recipes!

I’m going to give you TWO recipes – one for summer and one for winter. Let’s start with the summer recipe: 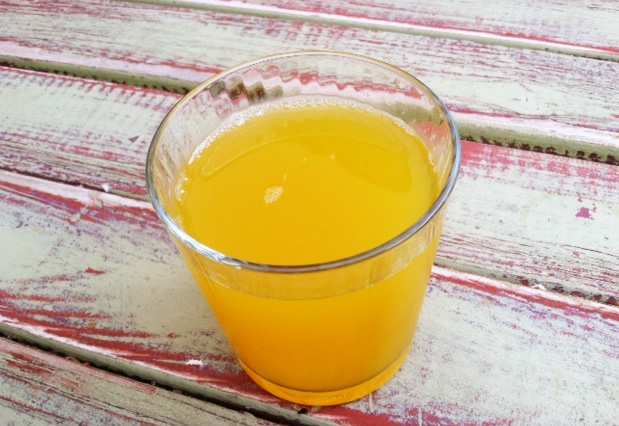 This tea is very simple but incredibly delicious. All you need is water, a cooker, some fresh ginger, and some fresh turmeric and about 10 minutes!

600ml of filtered, preferably alkaline water
1 inch of fresh root ginger
1 inch of fresh turmeric root
Optional: a pinch of black pepper (reported to help absorption and bioavailability of the curcumin in turmeric – I think this has been blown way out of proportion, but feel free to add it if you like – won’t do any harm)

You can certainly leave it to simmer for longer if you want it stronger, and if it IS summer (lucky you) you can also chill in the fridge and serve as a deliciously refreshing iced tea! 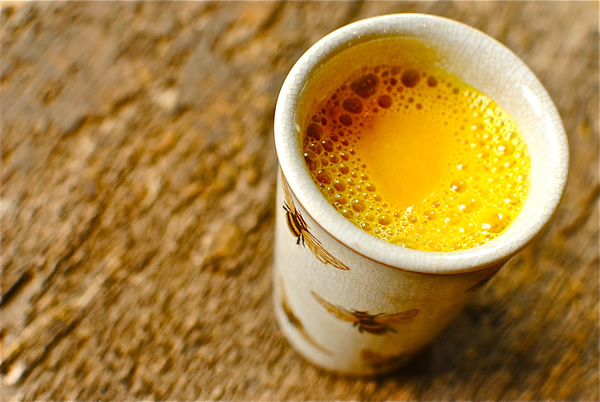 This one takes a minute longer, but it’s worth it!

Why These Two Teas are SO Powerful!

Turmeric and ginger are both from the same family and are two of the most powerful ingredients I’ve ever researched in the 15 years of running this site.

You can read more about the benefits of turmeric, and grab my turmeric user guide here. I strongly recommend checking both out.

They have been used for centuries in cooking AND as for their medicinal properties, with their use as a medicinal ingredient dating back to the ancient Egyptians and Indians. Both are certainly prominent in Ayurveda.

I’ve written a heap of guides in the past about how inflammation, low immunity, and acidity is the root cause of almost every condition – and these two teas will help address all three of those issues.

[Note: medical and scientific references below]

Enjoy the teas, summer or winter and let me know which you like the best!

According to the University of Maryland Medical Center, the use of herbs can interact with other herbs or medications.

Therefore it’s important to talk to your doctor before taking ginger or turmeric. You should not take ginger if you suffer from a bleeding disorder or take blood-thinning medications (such as warfarin or aspirin).

The information on this website is for informational and educational purposes only.

It is not an attempt by the writers or publisher to diagnose or prescribe, nor should it be construed to be such. Readers are hereby encouraged to consult with a licensed health care professional concerning the information presented, which has been received from sources deemed reliable, but no guarantees, expressed or implied, can be made regarding the accuracy of same. Therefore, readers are also encouraged to verify for themselves and to their own satisfaction the accuracy of all reports, recommendations, conclusions, comments, opinions, or anything else published herein before making any kind of decisions based upon what they have read.

If you have a medical condition, please consult your medical practitioner.

37 Comments
« ⏩ Turmeric User Guide: How to Get Turmeric into Your Daily Life