Milk is the only beverage still aggressively pushed on children as a health promoting food when it is the exact opposite – a disease promoting food. Drinking pasteurized milk is not nearly as good for general health or bones as the dairy industry has made it out to be. In fact, this fairy tale of “milk doing a body good” is being exposed more frequently by many independent scientists and researchers who have had just about enough of the propaganda.

According to a large scale study of thousands of Swedish people, cow’s milk has a deteriorating effect on health when consumed in the long-term. The research was published in The British Medical Journal (BMJ).

The study, which tracked 61,433 women aged 39 to 74 over 20 years, and 45,339 men of similar age for 11 years, found that the more cow’s milk people drank, the more likely they were to die or experience a bone fracture during the study period.

The risks were especially pronounced for women, a group advised to drink milk to help avoid bone fractures that result from osteoporosis.

Women who said they drank three or more glasses of milk a day had almost double the chance of dying during the study period as those who reported drinking only one. A glass is defined as a 200 milliliter serving. They also had a 16 percent higher chance of getting a bone fracture anywhere in the body.

Why Does Milk Cause Osteoporosis and Bone Fractures

The dairy industry has been hard at work the last 50 years convincing people that pasteurized dairy products such as milk or cheese increases bioavailable calcium levels. This is totally false. The pasteurization process only creates calcium carbonate, which has absolutely no way of entering the cells without a chelating agent. So what the body does is pull the calcium from the bones and other tissues in order to buffer the calcium carbonate in the blood. This process actually causes osteoporosis.

Pasteurized dairy contains too little magnesium needed at the proper ratio to absorb the calcium. Most would agree that a minimum amount of Cal. to Mag Ratio is 2 to 1 and preferably 1 to 1. So milk, at a Cal/Mag ratio of 10 to 1, has a problem. You may put 1200 mg of dairy calcium in your mouth, but you will be lucky to actually absorb a third of it into your system.

Over 99% of the body’s calcium is in the skeleton, where it provides mechanical rigidity. Pasteurized dairy forces a calcium intake lower than normal and the skeleton is used as a reserve to meet needs. Long-term use of skeletal calcium to meet these needs leads to osteoporosis. 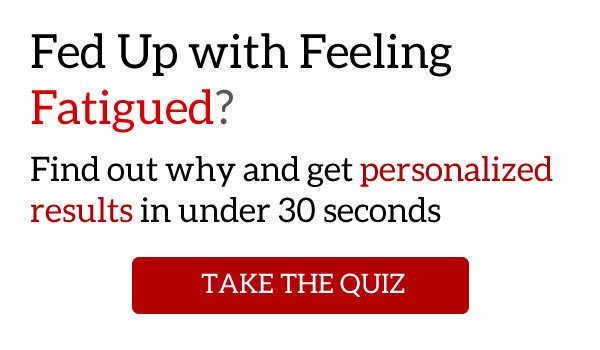 The test for pasteurization is called the negative alpha phosphatase test. When milk has been heated to 165 degrees (higher for UHT milk) and pasteurization is complete, the enzyme phosphatase is 100 percent destroyed. Guess what? This is the enzyme that is critical for the absorption of minerals including calcium! Phosphatase is the third most abundant enzyme in raw milk and those who drink raw milk enjoy increased bone density. Several studies have documented greater bone density and longer bones in animals and humans consuming raw milk compared to pasteurized.

The message that estrogen builds fracture-resistant bones (prevents osteoporosis) has been hammered into women’s minds over the past 4 decades by the pharmaceutical industry, selling HRT formulas, such as Premarin and Prempro. Food also raises estrogen levels in a person’s body–and dairy foods account for about 60 to 70% of the estrogen that comes from food. The main source of this estrogen is the modern factory farming practice of continuously milking cows throughout pregnancy. As gestation progresses the estrogen content of milk increases from 15 pg/ml to 1000 pg/ml.

The National Dairy Council would like you to believe, “There is no evidence that protein-rich foods such as dairy foods adversely impact calcium balance or bone health.” But these same dairy people know this is untrue and they state elsewhere, “Excess dietary protein, particularly purified proteins, increases urinary calcium excretion. This calcium loss could potentially cause negative calcium balance, leading to bone loss and osteoporosis. These effects have been attributed to an increased endogenous acid load created by the metabolism of protein, which requires neutralization by alkaline salts of calcium from bone.”

The More Milk You Drink, The More Inflammatory Molecules


The most likely explanation of the negative health effects of milk are the damaging inflammation caused by galactose, a breakdown product of lactose, the main sugar in milk. In a separate group of people, the team found that the more milk that people drink, the more inflammatory molecules were present in their urine.

What’s more, women who reported eating a lot of cheese and yogurt had a lower chance of fracturing a bone or dying during the study than women who ate low amounts of the dairy products. This supports the inflammation hypothesis because yogurt and cheese contain much less lactose and galactose than milk.

Of the almost 60 hormones, one is a powerful GROWTH hormone called Insulin- like Growth Factor ONE (IGF-1). By a freak of nature it is identical in cows and humans.
The foods you eat can influence how much IGF-I circulates in the blood. Diets higher in overall calories or in animal proteins tend to boost IGF-I, and there seems to be an especially worrisome role played by milk.

Consider this hormone to be a “fuel cell” for any cancer… (the medical world says IGF-1 is a key factor in the rapid growth and proliferation of breast, prostate and colon cancers, and we suspect that most likely it will be found to promote ALL cancers). IGF-1 is a normal part of ALL milk… the newborn is SUPPOSED to grow quickly! What makes the 50% of obese American consumers think they need MORE growth? Consumers don’t think anything about it because they do not have a clue to the problem… nor do most of our doctors.

Studies funded by the dairy industry show a 10% increase in IGF-1 levels in adolescent girls from one pint daily and the same 10% increase for postmenopausal women from 3 servings per day of nonfat milk or 1% milk.

IGF-1 promotes undesirable growth too–like cancer growth and accelerated aging. IGF-1 is one of the most powerful promoters of cancer growth ever discovered. Overstimulation of growth by IGF-1 leads to premature aging too–and reducing IGF-1 levels is “anti-aging.”

A review published by the World Cancer Research Fund and the American Institute for Cancer Research in 1997 found that cancer risk paralleled milk consumption in numerous studies.

Why do humans still drink milk? Because they think it’s safe due to pasteurization.

However, heat destroys a great number of bacteria in milk and thus conceals the evidence of dirt, pus and dirty dairy practices. It’s cheaper to produce dirty milk and kill the bacteria by heat, that to maintain a clean dairy and keep cows healthy. To combat the increase in pathogens milk goes through ‘clarification’, ‘filtering’, ‘bactofugation’ and two ‘deariation’ treatments. Each of these treatments uses heat ranging from 100-175 degrees Fahrenheit. Dairies count on many heat treatments to mask their inferior sanitary conditions: milk filled with pus, manure and debris. Consumer Reports found 44% of 125 pasteurized milk samples contained as many as 2200 organisms per cubic centimeter (fecal bacteria, coliforms)

Pasteurization also destroys vitamin C, and damages water soluble B vitamins diminishing the nutrient value of milk. Calcium and other minerals are made unavailable by pasteurization. The Maillard reaction, a chemical reaction between proteins and sugars, occurs at higher heats and causes browning, discoloring the milk.

Overall, pasteurized milk is not a beverage that can be recommended to either maintain or advance health. It has no significant nutritional value and there is a far greater risk in consuming it than not.

« Why Your Grandparents Didn’t Have Food Allergies…But You Do…!