Turmeric at the Root of Preventing & Killing Cancer (New Research)

Turmeric is probably the most powerful foods we know of for preventing and fighting cancer.

It and has fast become THE most researched natural food because of it’s powerful anti-cancer properties and the scientific and medical community are really sitting up and taking note.

In just the past 12 months an abundance of research has been published with positive results about turmeric preventing and fighting:

I could go on…

A research paper published in 2014 in the journal ‘Cancer Letters’ has particularly caught my eye.

In this research, the authors, Yanyan Li and Tao Zhang, found that curcumin (the primary polyphenol in turmeric) had the capacity to target these cancer stem cells, believed to be at the root of every variant of cancer.

This explains the research above showing turmeric as effective in so many different types of cancer!

According to the Ludwig Centre at the Stanford Medicine School cancer stem cells are potentially the key to finding a cure for cancer:

“The stem cell theory of cancer proposes that among all cancerous cells, a few act as stem cells that reproduce themselves and sustain the cancer, much like normal stem cells normally renew and sustain our organs and tissues.

The idea that cancer is primarily driven by a smaller population of stem cells has important implications. For instance, many new anti-cancer therapies are evaluated based on their ability to shrink tumors, but if the therapies are not killing the cancer stem cells, the tumor will soon grow back (often with a vexing resistance to the previously used therapy). An analogy would be a weeding technique that is evaluated based on how low it can chop the weed stalks—but no matter how low the weeks are cut, if the roots aren’t taken out, the weeds will just grow back.
Another important implication is that it is the cancer stem cells that give rise to metastases (when cancer travels from one part of the body to another) and can also act as a reservoir of cancer cells that may cause a relapse after surgery, radiation or chemotherapy has eliminated all observable signs of a cancer.”

In other words, unless the CSCs are addressed, the cancer may not be removed. These CSCs are at the root cause of every cancer forming…and remaining…and returning.

And the research by Li and Zhang has shown that curcumin has been shown to inhibit CSCs.

“Curcumin, as well as its modiﬁed forms (analogues or nanoparticle-encapsulated formulations), has shown great potential to inhibit CSCs in several types of cancer both in cell cultures and in mouse models, including glioma, breast, colorectal, pancreatic, brain, and esophageal cancers. Some analogues (e.g., CDF) and formulations (e.g., nanotechnology-based formulation) have exhibited improved efﬁcacy against CSC-like cells and greater growth-inhibitory capacity in tumors. It is promising to evaluate curcumin and its modiﬁed forms in other types of CSCs.”

This is such an important breakthrough, and given the huge volume of research and studies emerging proving the benefit of curcumin/turmeric in the fight against and recovery from cancer, I truly hope that it will not be long before individuals are offered these compounds as part of their routine treatment.

Start Now: Make Turmeric a Part of Your Daily Diet! 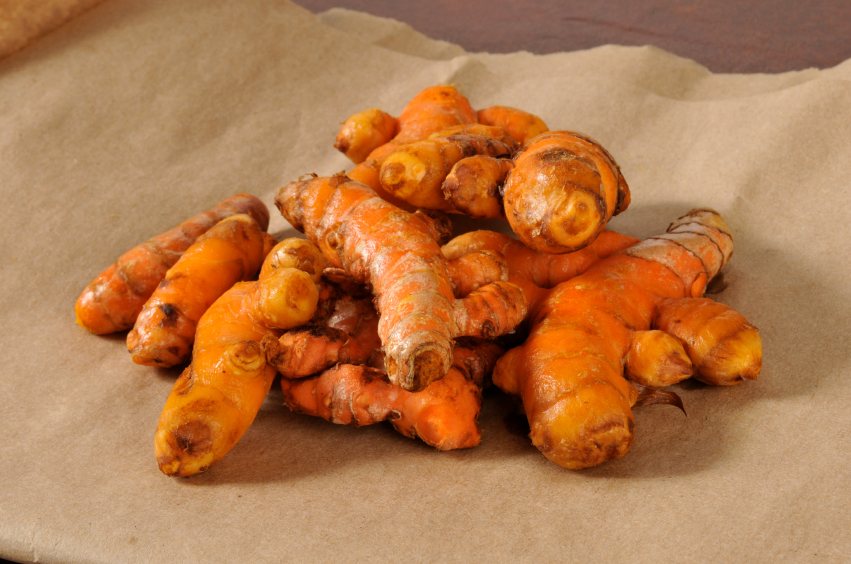 Turmeric comes from the root of the Curcuma longa plant and looks a little bit like a knobbly old finger from a witch in a kids book. 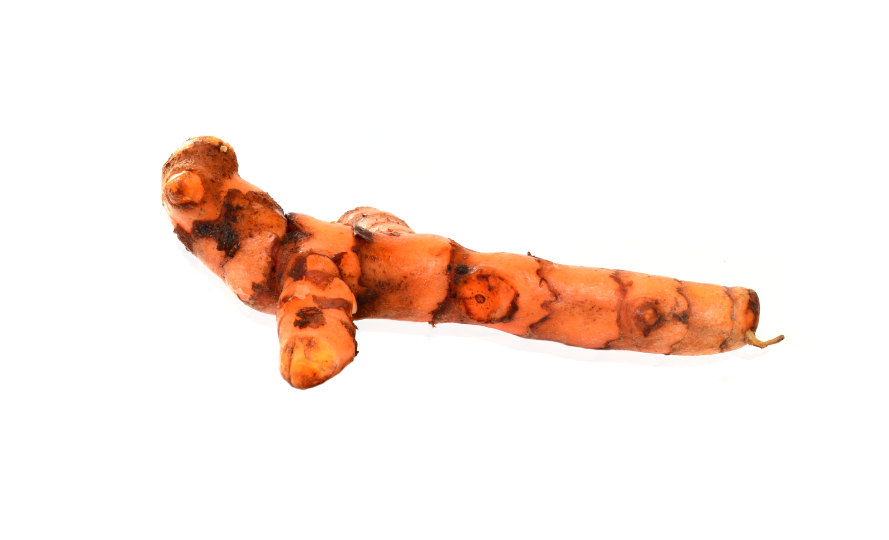 Turmeric has a rough brown-ish skin and a deep orange flesh, and it smells awesome.

It’s from the ginger family, and looks a little bit like a smaller, more knobbly, orange looking root ginger.

Turmeric has a peppery, warm and slightly bitter flavor and a mild fragrance that is a little like orange and ginger mixed together (which is why it makes such a great tea – more on that too in a bit…)

It is a great source of the alkaline minerals and vitamins manganese, iron, vitamin B6, copper & potassium and also contains a lot of fibre for it’s small size! 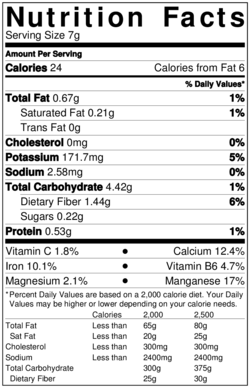 But the real star of the show is the curcumin – a diarylheptanoid which is the chief curcuminoid in turmeric.

The oil in turmeric has huge anti-inflammatory benefits, but even more powerful and the main beneficial part of turmeric is this yellow/orange curcumin molecule.

THIS has the power to change your life.

A Diabetes Cure? Just 1 of 1000+ Studies on the Power of Turmeric

In just one example of the studies I showed you in my Guide to Turmeric last week turmeric was 100% successful at preventing pre-diabetic patients from becoming diabetic over the course of a 9-month intervention (research published in the journal Diabetes Care – see this research paper here).

This incredible study involved 240 volunteers who all had the signs known to be pre-diabetes. At the beginning of the study they were split into two groups and were assigned either a curcumin tablet or placebo.

After the 279 days of the study, 16.4% of the placebo group had gone on to develop Type II Diabetes.

And as for the turmeric group…

Absolutely NONE went on to develop Type II Diabetes.

Not a single person. ZERO.

In other words, in this sample group turmeric had a 100% success rate at preventing pre-diabetic patients from going on to develop type 2 diabetes.

This is just one study (of thousands) that proves the power of turmeric.

Which leads to the obvious question…

WHERE CAN I BUY TURMERIC? 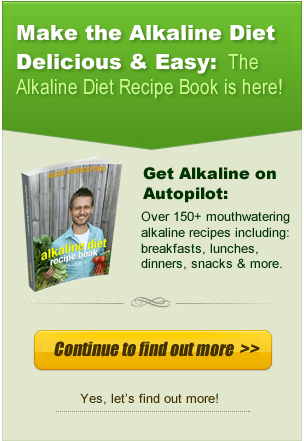 Turmeric is readily available in most grocery stores in the UK, Europe, Australia, NZ, USA and Canada and I would certainly imagine it’s pretty much everywhere in Asia!

The reason you haven’t seen it before or noticed it is because:

a) it looks weird
b) recipes rarely call for it
c) when they do they often tell you to buy powdered (which is fine too, more on that in a minute).

As mentioned, you can get turmeric in most grocery stores.

You can also buy it online with Amazon (of course, is there ANYTHING they don’t sell?) retailing turmeric here for example.

Note: when handling turmeric, be aware it WILL stain clothes, skin, surfaces, chopping boards etc. You can wash it off your skin and surfaces easily enough – but it won’t come out of clothes.

To get to the point: it’s easy to find now you know how important it is!

This is also absolutely fine, but I would always say fresh is best (tired of hearing me say that yet?).

You can also get this practically anywhere on Earth in any shop, store or online. Just make sure you keep it sealed, away from light, heat and preferably in the fridge.

Don’t be afraid to use copious amounts if you’re using the powdered form.

I’ve compared cutting up about 1 inch of fresh into making tea, and then making tea with the powdered, and you’d be surprised at how much powdered you need to use to get the same strength of flavour.

HOW DO I COOK WITH IT?

When cooking fresh turmeric, I would always recommend peeling it, as the skin can be a little tough.

In terms of using fresh or powdered turmeric in your meals, here are some ideas to get you started (and a few recipes to follow):

1. Use in Soups: as you can see on the recipe below, turmeric is fantastic for having in blended soups. Generally speaking, add the chopped, fresh turmeric at the same time as you’d add garlic, and once you blend it in, it gives the soup such depth. I love it. Offically my new favourite thing.

2. Use in Smoothies: just as easily as you can blend into soups, you can blend turmeric into smoothies. It adds a really nice warmth and spice to any smoothie, especially nice in winter!

3. Add to Juices: turmeric can be put through a juicer just in the same way as ginger to give you a concentrated hit of that incredible goodness.

4. Use in Dips: a little turmeric root or powder can easily be blended in when you’re making dips such as hummous, baba ganoush or the dip below.

6. Toss with Roasted Veggies: this is a beauty because you can both roast turmeric to make it soft and full of flavour, or you can just sprinkle powdered turmeric all over your roast. Easy!

➞ Recipe: Simply add turmeric, chopped, to root vegetables when roasting, OR, sprinkle powdered turmeric over the veggies (or BOTH!)

7. Grate into Salads: this is my super-trick for practically anything (works especially well with broccoli – if your kids won’t eat broccoli, try grating it into stuff. They won’t notice and you can put heaps in!).

9. Make Turmeric & Ginger Tea: this is a deliciously refreshing way to get this powerful spice in your life! Plus you can have cool in summer and warm in winter! Win-win!

HOW MUCH TURMERIC DO I NEED EACH DAY?

At this stage, there isn’t enough research or evidence to give us a specific daily or weekly intake of turmeric in food form; however, research clearly indicates that regular consumption of this spice may offer important health benefits.

My personal approach is to supplement daily with a turmeric supplement, and include it in my diet through the actual food at least 3-4 times per week.

From all of my research, it appears there are a couple of things to look out for when choosing a turmeric supplement it is important to consider bioavailability (i.e. your body’s ability to use the nutrient in the form you consume it).

The trouble with most curcumin ingredients is that they are extremely poorly absorbed.

However, there is one form of curcumin called the phytosome form which was developed by the researchers in Milan, and has been shown to be absorbed 29 times better than a standard curcumin extract.

So look for a curcurmin/turmeric supplement that is in the phytosome form!

(Thanks to Ben Greenfield for this tip)

Awesomely, research published in the Journal Planta Medica (one of the leading international journals in the field of medicinal plants) has shown that a compound in black pepper called piperine can increase the bioavailability of curcumin by a whopping 2000% (research paper here)

5 SIMPLE STEPS TO GET THE BENEFITS OF TURMERIC EVERY DAY

Here are five simple steps to get more turmeric into your life:

Enjoy and remember – I have got over 200+ alkaline recipes in my Alkaline Diet Recipe Books you can get right here!

According to the University of Maryland Medical Center, the use of herbs can interact with other herbs or medications.

Therefore it’s important to talk to your doctor before taking ginger or turmeric. You should not take ginger if you suffer from a bleeding disorder or take blood-thinning medications (such as warfarin or aspirin).

The information on this website is for informational and educational purposes only.

It is not an attempt by the writers or publisher to diagnose or prescribe, nor should it be construed to be such. Readers are hereby encouraged to consult with a licensed health care professional concerning the information presented, which has been received from sources deemed reliable, but no guarantees, expressed or implied, can be made regarding the accuracy of same. Therefore, readers are also encouraged to verify for themselves and to their own satisfaction the accuracy of all reports, recommendations, conclusions, comments, opinions, or anything else published herein before making any kind of decisions based upon what they have read.

If you have a medical condition, please consult your medical practitioner.